To connect to any cellular APN service, the device must have the following information: access point name, user name and password.This scheme works in the case of SIM-cards purchased from intermediaries.

Before we go directly to the topic of the article, we will clarify the notion of APN:

APN (Access Point Name), access to which can be obtained from most mobile operators, is a service used to collect mobile data from 3G / 4G protocols originating from the device and redirect traffic to the destination IP site in the corporate network (source –CESG).

Sometimes IoT devices and vehicles that we test transmit only IP traffic through cellular networks.If you think that the use of secret APN-keys enhances security, then we hasten to disappoint you.
We found that APN keys are often easily compromised.In addition, you can use the IoT device and gain access to the APN without breaking the key, after which confidential information and other devices using the same APN become available.This list includes other IoT devices from the same manufacturer and other vehicles.In addition, we can even compromise internal corporate network systems.

To connect to any cellular APN service, the device must have the following information: access point name, user name and password.This scheme works in the case of SIM-cards purchased from intermediaries.

The provider can give out APN-settings for your phone when connected to the network.Or, more likely, information will be available for self-tincture.Providers use various APNs when providing services for tablets, computers or telephone traffic.If you google the phrase “APN Settings”, you can get a large list of public APNs for different cellular providers around the world.In addition, you can find these settings in the unloaded firmware.In any case, connecting to an APN allows a cellular device to communicate over IP, whether it’s the Internet or a private internal band.

Even though sometimes the lack of a standard Ethernet interface on a “smart” device makes testing difficult, at the same time, the process itself can be quite interesting.

Assuming that a device connected to a private APN service is physically protected, the natural question arises: “How to extract APN accounting records?”

We have a femtocell that supports the 3G standard, a “Network in a Box” device and several SIM cards.We ordered these devices at Sysmocom, whose specialists are doing a really useful job in terms of accessibility of developments for the 3G standard as part of the Osmocom project.

Once the femtocell and network are operational, we can insert the SIM card into the target device (be careful and do not lose the factory SIM card, which is useful to us in the future) and are waiting for the connection to the network.Thus, through a normal Ethernet interface, we can see what operations the device will perform through the cellular connection.For example:

The first two points we will not consider, since there are enough resources covering this topic.

The Osmocom application, on the basis of which our 3G network operates, ignores APN authentication requests, and allows you to connect to any device with any APN-name, user name and password.However, the triple “handshake” is still happening.

If you analyze the authentication process with tcpdump, you will see something like:

In the figure above, the relevant packages are highlighted in a red box.Wireshark shows that the packet containing information about APN-authentication is called (RUA) DirectTransfer (DTP) (SM) Activate PDP Context Request.

The APN username and username are displayed in clear text.But not the password.

For a direct answer, we need to refer to RFC1994.It turns out that the CHAP Response Value is a slightly collapsed hash.

The octet of the request identifier (in this case, “0x01”) is followed by a password, and then the value of CHAP authentication (in this case, “f3bcc7c0d43ff6a7dafcb4a7a388975d”).After merging, the entire string is coded with the MD5 algorithm.

By lucky coincidence, hashcat has a mode for iSCSI CHAP hashes.The mode number is 4800. Input is given to hashes in the following format:

In our case, the line will look like this:

Hashcat is easily managed with MD5.Weak passwords will be cracked in 100% of cases.Even in the August 1996 RFC, it is recommended to use a password of at least 16 characters.

Our setup, consisting of several GPUs, operates at a rate of 10 GH / s when selecting hashes encoded by the MD5 algorithm.Thus, the selection of a password of 9 characters in the top / bottom + digits takes about 20 minutes.This is the speed of a simple bust without optimizations, which could make the hacking process even faster.

In addition, for the MD5 algorithm, there are rainbow tables for combinations up to 9 characters or up to 10 symbols in the lower layout plus digits.

Do you know how complicated and how long your secretAPN key is?

Next, we can insert the factory SIM card into the cellular modem and connect to the APN using a compromised account.Directly to the environment that the client uses.Thus, hardware testing becomes an assessment of the internal infrastructure through the cellular network.

We conducted the pentests and compromised the entire internal network of the organization using IoT-devices, which were supposed to be isolated.I remember one access controller that used GSM / LTE through a private APN in a remote and physically accessible location where the theft would not be difficult.We dismantled the device, removed the SIM-card, cracked the APN-key and got access to the network used by the client.The attack vector associated with breaking the secret APN-key was not taken into account.

Who needs their own 3Gnetwork?Another method

Even if we can not unload the firmware, it is often possible to count the keys directly from the RAM and then compromise the network.

The operation of secretAPN-keys in vehicles

Most modern vehicles have telematics control units (TCUs) that contain SIM cards for working with mobile data.In Europe, because of the ECall automatic warning system, similar control units are used in almost all new cars.Private APNs are used in cellular communications to improve security.The TCU is easily extracted from the vehicle and carried out a study.

Often there are many problems related to TCU in the field of security, which makes the compromise relatively simple.You may not even need hardware related to hardware research.
The main problem is that the telematic blocks pass through a large logistics chain: the spare parts manufacturer, the block manufacturer, the thematic provider and the provider that services the connections.In each link of the chain, errors can be made.

During one of the tests of the vehicle manufacturer, we examined the TCU.Since we had physical access to the block, we did not even need to crack the secret APN-key, since this device was reliable.In exploring the network to which TCU had access, we experienced both interest and horror at the same time.

It was obvious that a huge number of devices were connected to this network.We did not have any special access rights to study the environment outside of the car manufacturer’s network.

And we just did a reverse DNS query …

… and received a large list of DNS records related to vehicle manufacturers that were not associated with our client.Mostly the brands of German cars.And at this stage we stopped.

The potential of the opportunity we found was enormous.One vulnerability that allows remote exploitation in the TCU, and you can potentially remotely compromise each brand car and other brands.In the past, a similar story has already happened when the Renesas V850 processor compromise the Uconnect telematics system.In this story, secret APN keys were not used, and hacking was based on the lack of segregation in the Sprint network.

We believe that in the attack through secret APN-keys, the potential and consequences could be much more serious if similar errors were made.

I useAPN keys in my products and services, what should I do?

If you are using APNs on connected devices, make sure that both the device and the APN are protected at an acceptable level: 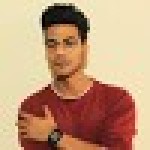