Web3.0 has become a catch-all term for the vision of a new, better internet. At its core, Web3 uses blockchains, cryptocurrencies, and NFTs to give power back to the users in the form of ownership. A 2020 post on Twitter said it best: Web1 was read-only, Web2 is read-write, and Web3 will be read-write-own.

Cryptojacking is a sort of cybercrime in which a criminal surreptitiously generates bitcoin using the processing resources of a victim.

This generally happens when a victim unintentionally downloads software containing harmful scripts that allows a cybercriminal to get access to their computer or other Internet-connected devices, such as by clicking on an unfamiliar link in an e-mail or visiting a malicious website. The thief then uses programs known as ‘coin miners’ to produce, or mine,’ cryptocurrencies.

Cryptocurrencies are created using just computer programs and computational power since they are digital money. Monero is a sort of cryptocurrency that is largely mined on home computers.

Challenges: Cryptojacking uses victims’ computers to mine, or do the calculations required to update cryptocurrency blockchains, resulting in the creation of new tokens and the generation of fees.

These new tokens and fees are placed into the attacker’s wallets, while the victim is responsible for the costs of mining, which include power and computer wear and tear.

Solution: Make use of reliable cybersecurity software. It is far better to install security before becoming a victim, as it is with all other malware safeguards. Installing the most recent software updates and patches for your operating system and all apps, particularly for web browsers, is also a smart idea.

A smart contract is a computer program that both specifies the contents of a contractual agreement and operates the implementation of that content, on the basis of triggers given by the users or derived from the environment.

Challenges: Smart contracts rely on blockchain, the technology that enables record-keeping for the Bitcoin network and other cryptocurrency platforms.

Smart contracts “live” on decentralized blockchain networks, meaning the data’s security is dependent on the protocols implemented to keep it safe.

This new attack targets the logic inherent in blockchain services. These hacks have been used to exploit a wide range of features and services, such as interoperability, crypto-loan services, project governance, and wallet functionality. Smart contract logic hacks also present serious legal problems, as smart contracts are sometimes not protected by the law or are scattered among jurisdictions.

Solution: Consider the nature of the blockchain and smart contracts at each level, from planning and development through pre-release testing, to account for Blockchain characteristics. Smart contracts are software with open-source code and storage, so keep that in mind.

You might also study programming languages and Blockchain platforms. Make certain that your smart contract developers adhere to the platform’s guidelines.

Overall, smart contract security involves a combination of code and tools, as well as the people who create them. There’s always the possibility of overlooking certain flaws.

“Ice phishing” is a comparatively recent word. For those who are unaware, it refers to deceptive operations aimed at coercing users into signing transactions that allow cyber attackers to utilize tokens.

Delegating token usage permission is a popular form of smart contract transaction, particularly for Defi smart contracts. The practice of ‘ice phishing’ does not entail obtaining one’s private keys. Rather, it includes duping a user into signing a transaction that gives the attacker approval over the user’s tokens.

Challenges: It persuades naïve users to sign transactions giving the attacker control of their tokens. This is frequent in wire transfers and PayPal scams when people are duped into thinking the money is coming from a friend or loved one.

The use of properly created graphics is one of the most successful strategies of ice phishing. To deceive visitors into clicking buttons and completing financial transactions, these pictures employ a number of approaches.

Solution: While employees are taught to be kind and courteous, it is good to be vigilant while opening emails, particularly unwanted ones. Other measures to prevent ice phishing assaults may be to thoroughly analyze websites and URLs and also website logos.

A rug pull occurs when a malicious cryptocurrency developer abandons a project and flees with investor funds. Malicious individuals create a token, list it on a DEX, and then pair it with a big cryptocurrency such as Ethereum.

Challenges: The perpetrators push the coin’s price to zero by removing money from the liquidity pool. Their creators may even create a brief buzz on Telegram, Twitter, and other social media platforms by flooding their pool with liquidity in order to gain investor faith.

DEXs, as opposed to centralized cryptocurrency exchanges, allow users to publish tokens for free and without audit. Token creation on open-source blockchains such as Ethereum is also straightforward and free. Malicious actors make use of these two factors.

Solution: To prevent a rug pull, check the pool’s liquidity. But this is just the beginning. Examine the token pool for a lock. The majority of credible initiatives get money from a pooled fund.

DApps, or decentralized apps, are Web 3.0 applications. The data will be kept in peer-to-peer networks and the codebase will be spread around the blockchain. Although DApps are built on blockchain and powered by cryptocurrency, some people were required to develop a blockchain campaign and launch the token. If you look at the numbers, you’ll notice that:

Challenges: Artificial Intelligence is widely used in many Dapps and smart contracts (AI). There is a substantial amount of high-quality data required to adequately train an AI on an issue.

A malevolent third party might exploit another type of vulnerability if Dapps or smart contracts are not adequately safeguarded.

By uploading low-quality or defective data, a third party might control or ransom the AI system, emphasizing the necessity of data in AI even more.

Solution: You’ll see that vulture capitalists and Silicon Valley insiders control a major portion of the blockchain sector. If you intend to create your Web 3.0 software on one of the blockchains, keep in mind that it might be shut down at any time due to the manipulation of a small group of people who control the big crypto market. As a result, before diving into Web3, extreme caution is required.

Data will be stored on the blockchain via Web3. The data will be transparent and traceable. This portrays equality and real liberty, but also raises concerns about how to preserve users’ data privacy.

Constant data breaches jeopardize private information. On top of that, the content might be published inadvertently or stored in an insecure area. When computers scan data and store it in their knowledge base, the chances of private information being detected and utilized grow dramatically.

Challenges: With the pseudonymity in Web3 and significant opportunity for regulation loopholes, it may open the door for money laundering and financing of terrorist movements.

Cloning cryptocurrency wallets can be another sort of attack on data privacy. With the usage of seed phrases or keys to retrieve lost wallets, anyone can deceive users into supplying this information, uncover a flaw in the verification process, and finally steal whatever is saved in the wallet.

Solution: To prepare for a system that has the ability to transmit sensitive information quicker than ever before, cybersecurity executives must strengthen their defenses.

Non-fungible tokens, or NFTs, are playing a vital role in the mainstream acceptance of cryptocurrencies and helping define the future of decentralization, ownership, finance, and more as the Web3 world takes shape.

Although NFTs are a key component of Web3, there are many other methods to leverage Web3 to motivate your audience to take action, such as accepting bitcoin for privacy and borderless payments or leveraging the blockchain to store easily accessible data with a single updated record.

Challenges: Smart contracts are integrated into NFTs, which may be broken, manipulated, or abused. While NFTs are still in their infancy, it is critical to be aware of the dangers connected with their owners and to take the necessary safeguards to maximize profits.

Victims are usually emailed a link to a tainted NFT as the first step in the assault. Malicious NFT hacks try to submit a setApprovalForAll request to the victim by executing JavaScript code. The victim then unwittingly submits the request, granting complete access to their NFTs or bitcoin.

Solution: It is irrational to disregard NFTs just because of security issues and weaknesses. In fact, you should seek out solutions that can assist you in gaining a better understanding of NFT smart contract vulnerabilities. Additionally, options for warnings about any suspicious activity on NFT markets and in your accounts are available. Learn more about NFTs to better understand their weaknesses.

Bottomline
As web 3.0 continues to take shape, more cybersecurity risks are expected to evolve. Regardless, it’s a good idea to think about privacy and security from the outset.

The future of the web without gatekeepers, information that matters to people, and artificial intelligence seem like a dream come true. To protect that ambition from becoming a nightmare, security should be incorporated from the start.

This article has explained the top 7 Web3 vulnerabilities – the challenges and solutions, while you read this, let it not end here, do your research to keep you informed on the latest trends in the Web3 ecosystem. 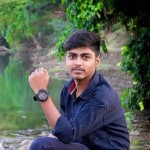